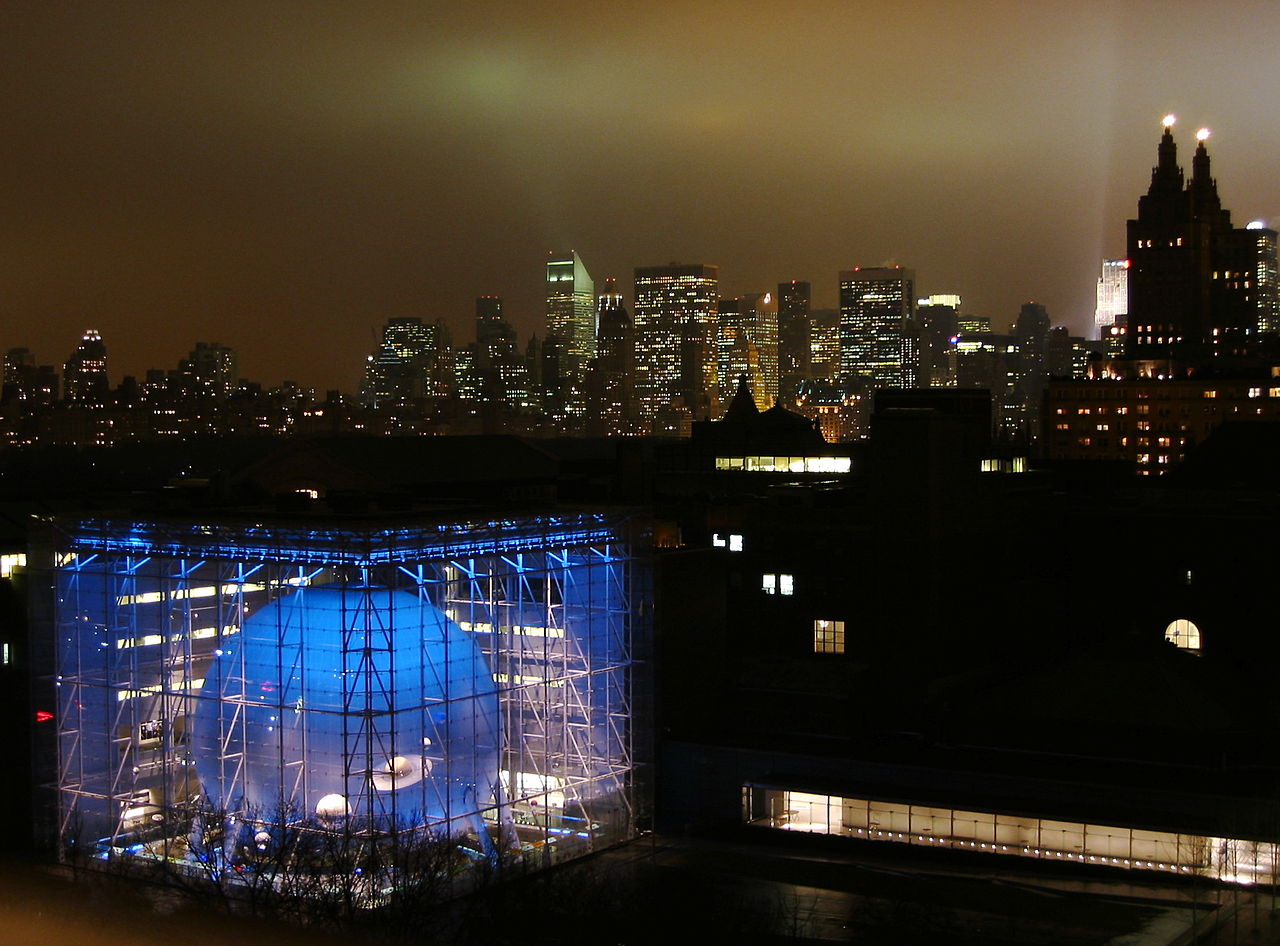 Where many journeys to the stars, start: “Hayden planetarium at night” by Alfred Gracombe – Own work. Licensed under CC BY 2.5 via Wikimedia Commons. The Hayden Planetarium is part of the American Museum of Natural History in New York City.

I’ve been known to answer a snarky question from a student, “where are we, really, in the universe, and how do we know the Sun doesn’t orbit the Earth?” with a showing of the Eames’s “Powers of Ten.”

But those films, great as they are, show some age.

Among other things, we know a lot more about the cosmos now, than we did then.

In 2009 the American Museum of Natural History showed this film, “The Known Universe,” for several months.

For visions of what happens when we leave Earth at faster-than-light speeds, it’s very good!

Information on “The Known Universe”:

The Known Universe takes viewers from the Himalayas through our atmosphere and the inky black of space to the afterglow of the Big Bang. Every star, planet, and quasar seen in the film is possible because of the world’s most complete four-dimensional map of the universe, the Digital Universe Atlas that is maintained and updated by astrophysicists at the American Museum of Natural History. The new film, created by the Museum, is part of an exhibition, Visions of the Cosmos: From the Milky Ocean to an Evolving Universe, at the Rubin Museum of Art in Manhattan through May 2010.

Tip of the old scrub brush to Jack Mitcham at the Neil de Grasse Tyson group on Facebook.

This entry was posted on Saturday, May 23rd, 2015 at 12:47 am and is filed under Astronomy, Museums, Science. You can follow any responses to this entry through the RSS 2.0 feed. You can leave a response, or trackback from your own site.