Quote of the Trump administration? “What’s the Constitution between friends?” 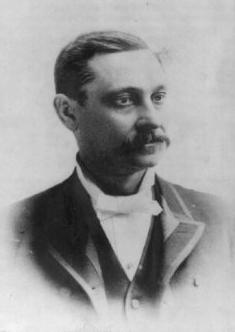 What’s the Constitution between friends?

A little more below the fold? Certainly.

It’s a given that it is probably not wholly accurate, since even Bartlett’s Familiar Quotations, 16th edition, says the quote is “attributed.” In a footnote, the book says Campbell said it to President Grover Cleveland, when Cleveland refused to support a bill on the grounds that the bill was unconstitutional.

What bill? Did it pass? What was the result?

Campbell was a Democrat from New York City. He had been born in Ireland, in County Cavan, in 1840. Even the official biography from the U.S. Congress is not much to go on:

CAMPBELL, Timothy John, a Representative from New York; born in County Cavan, Ireland, January 8, 1840; immigrated with his parents to the United States in 1845; attended the public schools of New York City; learned the printer’s trade; studied law; was admitted to the bar in 1869 and commenced practice in New York City; member of the State assembly 1868-1873, 1875, and 1883; justice of the fifth district civil court in New York City 1875-1883; served in the State senate in 1884 and 1885; elected as a Democrat to the Forty-ninth Congress to fill the vacancy caused by the resignation of Samuel S. Cox; reelected to the Fiftieth Congress and served from November 3, 1885, to March 3, 1889; chairman, Committee on Expenditures on Public Buildings (Fiftieth Congress); unsuccessful candidate for reelection in 1888 to the Fifty-first Congress; elected to the Fifty-second and Fifty-third Congresses (March 4, 1891-March 3, 1895); unsuccessful candidate in 1894 for reelection to the Fifty-fourth Congress; resumed the practice of his profession in New York City where he died on April 7, 1904; interment in Calvary Cemetery, Long Island City, N.Y.

The Political Graveyard agrees with Congress.

It took me a couple of years to track down a photo of the man (and now there are at least two!). I can’t really confirm the quote. It’s a great line, and someone should have said it before Bush and Gonzales, just out of general principle. But how could we know?

Will this become THE quote of the Trump administration in its dealings with the U.S. Congress? Dealings with U.S. voters and public?

Another picture of U.S. Rep. Timothy J. Campbell, D-NY! This is from the collection of the U.S. House of Representatives. No, not all New Yorkers trample the Constitution; this is just one Congressman, and Trump.

Yes, this is mostly an encore post. Fighting ignorance requires patience. Surviving the next four years will require patience multiplied, and fortitude beyond measure.

This entry was posted on Sunday, January 8th, 2017 at 8:46 pm and is filed under Famous quotes, History, Quotes, U.S. Constitution. You can follow any responses to this entry through the RSS 2.0 feed. You can leave a response, or trackback from your own site.

One Response to Quote of the Trump administration? “What’s the Constitution between friends?”