Where is the biggest clock?

Tehran 24 ran a photo of a huge clock somewhere in Tehran, under the headline of “The World’s Biggest Clock.” 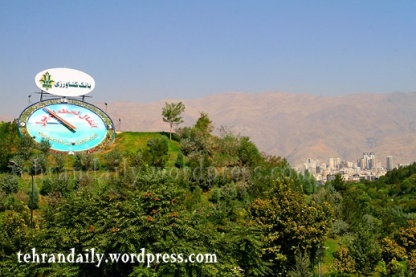 But is it more than 37 feet across, like the flower clock in Las Colinas, Irving, Texas?*

What is the biggest clock in the world? Surely there are some bigger.

* This site says the Tehran clock is 15 meters across — bigger than Las Colinas. The clock faces accompanying the bell of Big Ben are 7 meters across. For a panoramic view of the belfry of Big Ben, see the Parliament website.

The biggest clock face is a disputed title mainly due to lack of impartial and accurate measurements being widely available, and accepted rules for what qulaifies as a “clock face”. There are three main contenders:

This entry was posted on Friday, September 28th, 2007 at 3:38 am and is filed under Geography - Physical, Geography - Political, Travel. You can follow any responses to this entry through the RSS 2.0 feed. You can leave a response, or trackback from your own site.

3 Responses to Where is the biggest clock?