Rio, a film study in time

Were I teaching geography this year, I think I’d work hard to find some way to sneak this time-lapse piece into the curriculum somewhere.

The film maker has advice, and information (some links added):

I was lucky enough to be sent to Rio on assignment to shoot some 4K and 10K timelapse footage for a major electronics manufacturer. This video is a compilation of some of the footage I shot there. Most of the locations are within the city of Rio De Janeiro, but I also traveled to the famous Iguazú Falls on the border of the Brazilian state of Paraná and the Argentinian province of Misiones. In 2011 Iguazú Falls was announced as one of the seven winners of the New Seven Wonders of Nature by the New Seven Wonders of the World Foundation.

RIO DE JANEIRO
No wonder the beautiful city of Rio De Janeiro was chosen to host the 2014 FIFA World Cup and the 2016 Summer Olympics. Rio de Janeiro, or simply Rio, is the capital city of the State of Rio de Janeiro, the second largest city of Brazil, and the third largest metropolitan area and agglomeration in South America, boasting approximately 6.3 million people within the city proper. Part of the city has been designated as a World Heritage Site, named “Rio de Janeiro: Carioca Landscapes between the Mountain and the Sea”, identified by UNESCO in the category Cultural Landscape.

Rio de Janeiro is one of the most visited cities in the southern hemisphere and is known for its natural settings, carnival celebrations, samba, Bossa Nova, balneario beaches such as Barra da Tijuca, Copacabana, Ipanema, and Leblon. Some of the most famous landmarks in addition to the beaches include the giant statue of Christ the Redeemer (“Cristo Redentor”) atop Corcovado mountain, named one of the New Seven Wonders of the World; Sugarloaf mountain (Pão de Açúcar) with its cable car; the Sambódromo, a permanent grandstand-lined parade avenue which is used during Carnival; and Maracanã Stadium, one of the world’s largest football stadiums.

I hope you enjoy the video!

Special thanks to:
My production assistant José Olímpio ( joseolimpio.com ). Without his help this video would not have been possible. If you are ever in Rio and need a local production person I highly recommend José.

Those of you who have traveled to Rio, tell us:  Does this short piece show off Rio as you would want it to be shown?

Texas, the eyes of Darwin are upon you 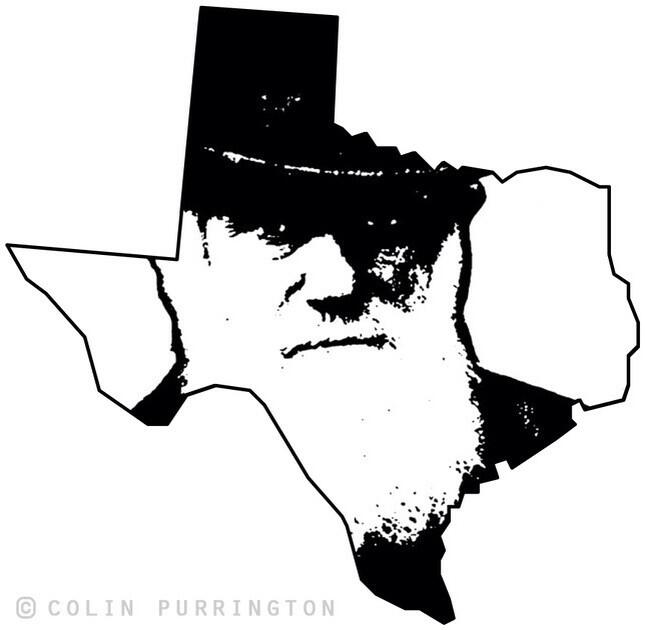 Graphic from Colin Purrington, in commemoration of the kickoff of hearings at the Texas State Board of Education on science textbooks, September 18, 2013

Flag at the Madison Building, Library of Congress, September 17, 2013 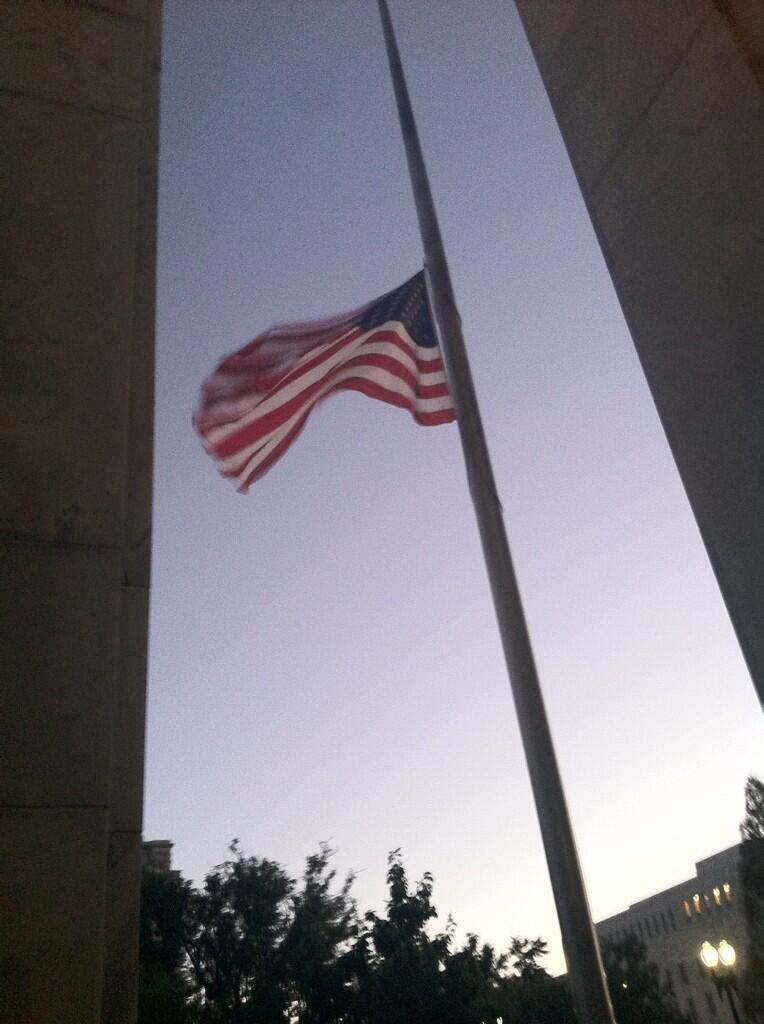 U.S. flag flies at half-staff at the Madison Building of the Library of Congress, September 17, 2013. Photo from ‏@GayleOsterberg

Wholly apart from the two guys in Michigan who shot each other to death yesterday.

ABC News ran some tests.  People with concealed carry permits — how would they help in mass shooting situations?

Liberals Unite commented on these videos:

The controlled study documented in these videos show that concealed carry permit holders are fooling themselves if they think they will be able to react effectively to armed aggressors.  Most CCW holders won’t even be able to un-holster their gun.  They will more likely be killed themselves or kill innocent bystanders than stop the aggressor.

Perhaps we should discuss preventing these cases altogether.  Discuss politely.

It’s a cotton t-shirt, not Kevlar.