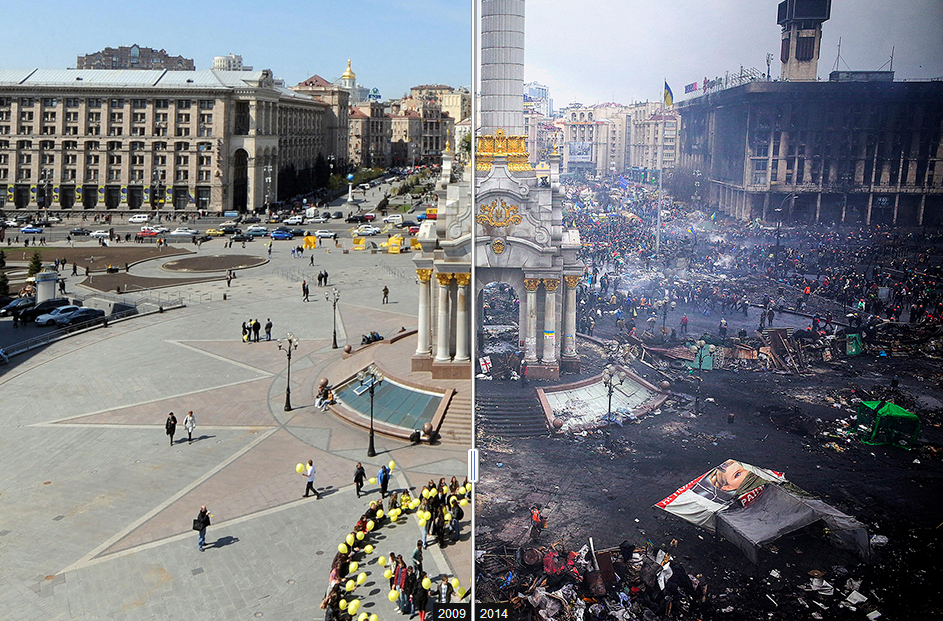 Last month was one of the warmest Januaries ever. No, really

And so it was.

Caption from AGU Blog: This is why the global temperature is not taken in your backyard in January. When you average the entire globe for an entire year, a much different picture emerges. NASA Aqua satellite image of a cold and snowy Mid-Atlantic Wednesday morning.

Information from the National Climatic Data Center (NCDC) of NOAA:

Temperature anomalies and percentiles are shown on the gridded maps below. The anomaly map on the left is a product of a merged land surface temperature (Global Historical Climatology Network, GHCN) and sea surface temperature (ERSST.v3b) anomaly analysis developed by Smith et al. (2008). Temperature anomalies for land and ocean are analyzed separately and then merged to form the global analysis. For more information, please visit NCDC’s Global Surface Temperature Anomalies page. The January 2014 Global State of the Climate report includes percentile maps that complement the information provided by the anomaly maps. These maps on the right provide additional information by placing the temperature anomaly observed for a specific place and time period into historical perspective, showing how the most current month, season, or year-to-date compares with the past.

In the atmosphere, 500-millibar height pressure anomalies correlate well with temperatures at the Earth’s surface. The average position of the upper-level ridges of high pressure and troughs of low pressure—depicted by positive and negative 500-millibar height anomalies on the January 2014 map—is generally reflected by areas of positive and negative temperature anomalies at the surface, respectively.

During January 2014, most of the world’s land areas experienced warmer-than-average temperatures, with the most notable departures from the 1981–2010 average across Alaska, western Canada, Greenland, Mongolia, southern Russia, and northern China, where the departure from average was +3°C (+5.4°F) or greater. Meanwhile, parts of southeastern Brazil and central and southern Africa experienced record warmth with temperature departures between 0.5°C to 1.5°C above the 1981–2010 average, contributing to the highest January Southern Hemisphere land temperature departure on record at 1.13°C (2.03°F) above the 20th century average. This was also the warmest month for the Southern Hemisphere land since September 2013 when temperatures were 1.23°C (2.21°F) above the 20th century average. Some locations across the globe experienced departures that were below the 1981–2010 average. These areas include the eastern half of the contiguous U.S., central Canada, and most of Scandinavia and Russia. The most notable cold anomalies were in Russia, where in some areas the departure from average was 5°C (9°F) below average. Overall, the Northern Hemisphere land surface temperature was 1.17°C (2.11°F) above average—the warmest January since 2007 and the fourth warmest since records began in 1880.

Select national information is highlighted below. (Please note that different countries report anomalies with respect to different base periods. The information provided here is based directly upon these data):

More at the NCDC/NOAA site.

Warming denialists will scream about these data.