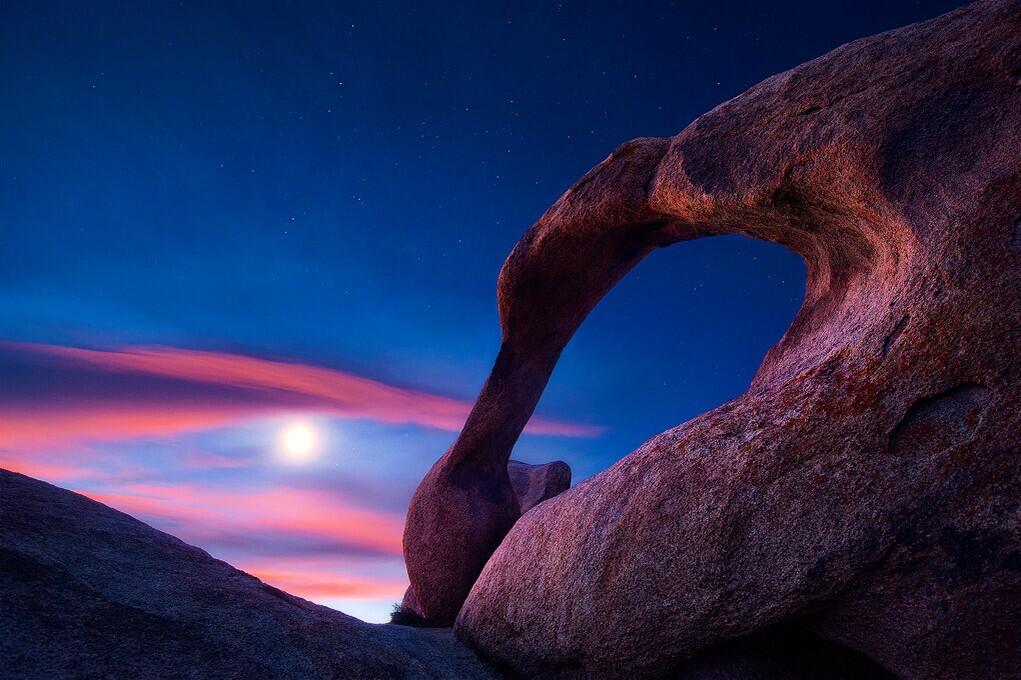 Quote goof of the moment: Tom Paine didn’t say that; Edward Abbey did.

Oy.  You’d hope that the Rabid Right would learn after a few dozen of these errors that they should try to verify stuff before they claim events of history, or sayings of famous people are gospel — especially stuff involving our patriotic founders.

Sometimes their failure to check sources can produce amusement, though, like this one which they misattribute to Tom Paine in propaganda supporting rent scofflaw Cliven Bundy and other land management issues:

“The duty of a patriot is to protect his country from its government.”

Someone mildly familiar with Tom Paine and his life and other writings might suspect the supposed attribution from the start.  Paine was a great advocate of governments to protect the rights of citizens, especially citizens like him, who were often on the outs with popular opinion and avoided the Guillotine in France and mob violence in the U.S. only through interventions of government officials who told mobs the law did not cotton their wishes to see violence on Mr. Paine.

Wikiquote notes Paine didn’t say it.  A simple check would have found that.

But other sites claim it was written by Edward Abbey, the author of Desert Solitaire and The Monkeywrench Gang.

“A patriot must always be ready to defend his country against his government.”

Why is that delicious?

The quote — the image above, for example — is being used by pro-militia groups who have defended Cliven Bundy’s trespassing on public lands in Nevada, and by Texans who, upset that they don’t have such a good target as massive Bureau of Land Management (BLM) holdings in Texas, have ginned up a faux controversy, claiming falsely that BLM is seeking to seize lands in Texas.

Edward Abbey?  He didn’t much like BLM, and he was particularly ticked off at the Bureau of Reclamation and the imposition of Glen Canyon Dam on the Colorado River with the drowning of Glen Canyon.  Abbey’s disdain of federal land managers and grand dam schemes may have been exceeded only by his contempt for developers, miners and ranchers who took advantage of the desert for profit.

Would Abbey have supported Bundy’s overgrazing on public lands, or Texas Republicans scrambling to make a false issue to mismanage lands?  Oy.  Oy.  And oy.

See this brilliant poster at Americans Who Tell The Truth:

From Americans who Tell the Truth, Edward Abbey. Writer, ‘Desert Anarchist’ : 1927 – 1989 “The most common form of terrorism in the U.S.A. is that carried on by bulldozers and chainsaws. It is not enough to understand the natural world; the point is to defend and preserve it. Sentiment without action is the ruin of the soul.”

Wall of Fame (people and sites who got the cite right):

Wall of Shame (people and sites who got the cite wrong):

It’s a relic of the Civil War and Congress’s intention to strengthen the Union when Nevada became a state in 1864, but there it is, in Section 2 of the Nevada Constitution, making a mockery of Cliven Bundy’s claim to owe allegiance to Nevada and its Constitution, but not to the U.S.:

Sec: 2.  Purpose of government; paramount allegiance to United States.  All political power is inherent in the people[.] Government is instituted for the protection, security and benefit of the people; and they have the right to alter or reform the same whenever the public good may require it. But the Paramount Allegiance of every citizen is due to the Federal Government in the exercise of all its Constitutional powers as the same have been or may be defined by the Supreme Court of the United States; and no power exists in the people of this or any other State of the Federal Union to dissolve their connection therewith or perform any act tending to impair[,] subvert, or resist the Supreme Authority of the government of the United States. The Constitution of the United States confers full power on the Federal Government to maintain and Perpetuate its existance [existence], and whensoever any portion of the States, or people thereof attempt to secede from the Federal Union, or forcibly resist the Execution of its laws, the Federal Government may, by warrant of the Constitution, employ armed force in compelling obedience to its Authority.

Here’s the essay quiz, students:  The standoff between the Bureau of Land Management cowboys — each of whom swore an oath to uphold and defend the Constitution of the U.S., in contrast to Mr. Bundy who claims to owe no allegiance to the U.S. — and the armed mob who threatened to kill those same employees of our U.S. government:  Did Nevadans  (or Idahoans) violate any part of Section 2 of the Nevada Constitution?  Which clauses?

I used to say “the Sagebrush Rebellion is over; sagebrush won.”  Even the sagebrush are losing this one.

From The Atlantic: Eric Parker, who lives in central Idaho, aims his weapon from a bridge as protesters gather by the Bureau of Land Management’s base camp in Bunkerville, Nevada. (Jim Urquhart/Reuters)  (See also Article III, Section 3 of the U.S. Constitution, with regard to Mr. Parker’s actions here.)

Meet the tyrant attempting to deprive the #BundyRanch of their constitutional rights. pic.twitter.com/VKzqR7yixj

I say “oversimplification” because President Reagan did not impose grazing fees for the first time, but instead set rates at the time.  U.S. grazing fees grew out of the 1934 Taylor Grazing Act, which included among other noble purposes the saving of unoccupied public lands from erosion, to prevent them from contributing to a national Dust Bowl.  The Bureau of Land Management (BLM) manages about 245 million acres of land in the U.S., highly concentrated in 13 western states (about 86% of Nevada is public lands of one sort or another).  Of those lands, about 155 million acres are open to grazing.  BLM is part of the U.S. Department of Interior.  Reagan’s Executive Order came when the law authorizing grazing fees had expired, and Congress was at an impasse in passing a new one, partly over a Reagan Administration proposal to raise grazing fees to market value, a multiple of fees then (and now) in effect.

Sagebrush Rebellion catches Tea Party Stupid disease, it seems to me.  If the virus hasn’t been cured since 1993, what are the odds Mr. Bundy will sit still for a cure now?

Mad City Quanta, a Nebraska on-line comic, on grazing fees issues in 2012. To update it, substitute “Bundy” for “Fischer” on the tie of the steer on the left. 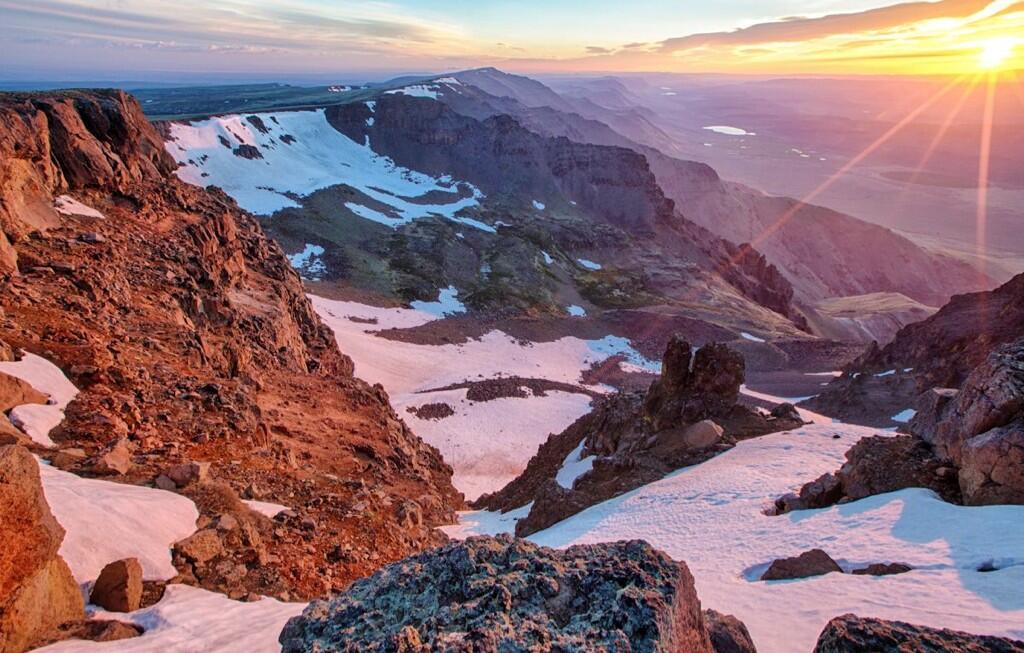 US Dept of Interior: If you haven’t seen Steens Mountain in #Oregon, you really should check out this stunning photo from @BLMOregon pic.twitter.com/H2eePMmfsX

Steens Mountain at sunrise is a very popular image for photographers — but very few get a shot from the mountain itself like this one.

Steens Mountain is a large fault-block mountain in the southeastern part of the U.S. state of Oregon. Located in Harney County, it stretches some 50 miles (80 km) long north to south, and rises from alongside the Alvord Desert at elevation of about 4,200 feet (1,300 m) to a summit elevation of 9,733 feet (2,967 m). It is sometimes confused with a mountain range, but is properly a single mountain.

Take a look at this sunset shot:

Earlier this year, the Royal Gorge Recreation Area staff had a photo contest on their Facebook page and here is one of the great photos that was submitted. Here’s what photographer, Shannon Diszmang, had to say about it.

“This is BLM land in Northwest Colorado (Little Snake River district). I fell in love with this place. The red haze in this photo is the smoke coming from the wildfires on the west coast at the time. This is one of the lowest light pollution spots in our state which makes star gazing the absolute best.”

So, if you’re nearby, and you want a good place to look at the Geminid meteor shower tonight, odds are high there will be little light pollution here.  If there aren’t many clouds, you’re in luck.

P.S.: The stunningly beautiful photo above is NOT the winner of the photo contest(!).  BLM wrote in a November press release:

CAÑON CITY, Colo. – Today the BLM Royal Gorge Field Office announced the winners of its BLM-sponsored photo contest.  The two winners were decided by the public via the RGFO’s Facebook page: one winner is based on the most “likes” and the other is based on the most “shares.” Only those “likes” and “shares” that originated from the Royal Gorge Facebook page were tallied towards a winner.

Chris Nelson’s photo was the most “liked” and is a scenic shot taken from Chaffee County Road 175 between Cañon City and Salida. Nelson’s photo received 64 “likes.”

The most “shared” photo was submitted by David Madone and portrayed several deer in an alfalfa field near Cañon City. Madone’s photo received 20 shares.

Both photos will be featured on the RGFO’s Facebook page throughout November and may be featured in future BLM Colorado publications and social media sites.

The photo contest began Oct. 2 and ended Nov. 4 with more than 60 photos submitted. All the photos that were entered into the contest may be viewed via the “Photo Contest” album on the RGFO’s Facebook page:  http://www.facebook.com/BLMRoyalGorge

Yeah, were I you, I’d go see what the winners looked like.

Much of recent history does not show up in internet searches. Some of the holes are being filled, as copyrights expire and older sources get digitized — but that means that a lot of what happened in the late 1970s, in the 1980s and 1990s escapes notice of history searches.

Whatever happened to the Sagebrush Rebellion?

My view is biased — I got stuck on the front lines, knowing a bit about the environment and working for Sen. Orrin Hatch from 1978 through 1985. While working with people who think it’s good policy to aim a D-9 Caterpillar through a wilderness area has its drawbacks, there were a lot of great people and great places working that issue.

Orrin Hatch’s website doesn’t even mention the stuff any more, though it features a nice photo of Delicate Arch, which some of his supporters threatened to bulldoze or dynamite to make a point. Paul Laxalt is long gone from office, and (in 2011) nearing 90.  Jake Garn is out of the Senate, and never really was all that interested in it. I had extensive files on the ins and outs, but I unwisely loaned them to the guy who took over the issue for Hatch after Jim Black left the staff, and they disappeared.

The issues have never died. It’s in the news again — see this article in the Los Angeles Times in April. But the old history? Where can it be found?

If you have sources, especially internet sources, please send them my way.