Climbing the Dawn Wall in Yosemite — a little spot of light 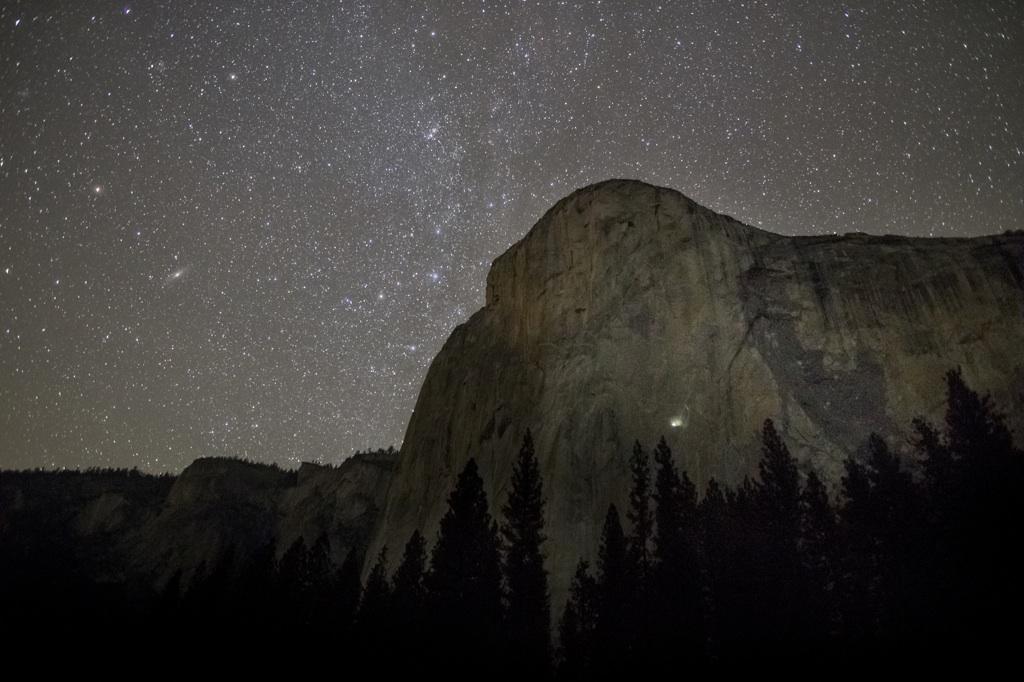 @HallieJackson: Incredible shot from NBC’s Scott Kilian: that tiny dot of light on side of #DawnWall is where the climbers slept.

Incredibly, their tents are pitched upon the rock, where mountain goats and cliff-dwelling birds fear to tread. It’s very much a vertical sheet of almost smooth rock.

And it’s a great photo.  In these particularly troubled times, any light shining on human cooperation to achieve great things becomes a beacon.

Another stunning time-lapse study of Yosemite, from Shawn Reeder

Clearly I need to intern with Shawn Reeder.  His piece on Yosemite shows the natural objects of beauty in their best lights, over and over:  “Yosemite Range of Light.”

Reeder and his project were described at the Sierra Club website:

Reeder first came to Yosemite after winning a local waiter contest where he grew up in Maryland. First prize was a trip to Napa Valley wine-country, but the 18-year-old convinced the prize committee to offer a change of venue. Choosing Yosemite as his destination instead, he brought along his best friend, who happened to have a camera. . . .

“I came out for a week and I did my first backpacking trip ever. We hiked to the top of Half Dome via the cables, which was an incredible experience. We hiked the whole South-Rim Trail from Glacier Point to Tunnel View. It to

Panorama of view of Yosemite Valley including Half Dome and Diving Board as seen from Glacier Point in Yosemite National Park. (Photo credit: Wikipedia)

One of what should be an occasional series of posts on American iconic places, natural features, sights to see, etc.  For studies of U.S. history and U.S. geography, each of these posts covers subjects an educated American should know.  What is the value of these icons?  Individually and collectively, our preservation of them may do nothing at all for the defense of our nation.  But individually and collectively, they help make our nation worth defending.

This is a less-than-10-minute video you can insert into class as a bell ringer, or at the end of a class, or as part of a study of geologic formations, or in any of a number of other ways.  Yosemite Nature Notes provides glorious pictures and good information about Yosemite National Park — this video explains the modern incarnation of Half Dome, an enormous chunk of granite that captures the imagination of every living, breathing soul who ever sees it.