A Lubbock 2-year-old died from misapplication of a potent industrial insecticide, as I noted earlier. The investigation is now a criminal investigation, with Lubbock police pursuing the person who gave the family the poison.

This has all the earmarks of a hoax, including that it cannot be confirmed in any news service: Teenage girl kills herself over fake spoilers of Harry Potter and the Deathly hallows.

It’s got all the classic sings of urban myths: No citation, no source traceable or even a hint of a traceable source (“the radio” can’t be traced), the “I heard” line, no mention of location or anything else that might place it.

Worse, it looks like a replay of the 2005 hoax that accompanied the release of Harry Potter and the Half-blood Prince — a hoax based on a comedy report.

I can’t find this latest mention in any news source. But it’s propelled the blogger to a high ranking on the daily WordPress report.

If you see any confirmation, send it this way, please.

Hey, P. Z. Myers — he’s out of the University of Minnesota system.  He says seeds professors and coaches plant today can yield big stuff, but later.

In an earlier post I noted Norman Borlaug’s receiving the Congressional Gold Medal. In comments, Bernarda noted those who disagree with the claim that Borlaug’s Green Revolution was much of a benefit, or perhaps more accurately, those who note the problems that result from such advances — and there are many. Bernarda pointed to a BBC lecture from Vendana Shiva, detailing the problems that Punjab experienced as a result of governmental and society structures unable to deal with the changes required by high-yield crops: “Poverty and Globalisation.” It’s worth a read or a listen.

Similarly, in another BBC lecture in that series, Gro Harlem Bruntland details problems from “progress” that includes cutting the forests, in “Health and Population.” Relevant to other discussions here, she notes a rise in malaria due to deforestation, raising an issue that the junk science purveyors opposed to Rachel Carson’s honoring would like to ignore. Here is a small excerpt of her talk — note that deforestation is not a problem that more DDT can solve:

Gro Harlem Bruntland:  Recently, in Mozambique, I saw children with their eyes glazed with fever from a malaria that could have been prevented if their parents could afford bed nets. Deforestation had changed malaria from a nuisance to a curse in a matter of twenty years. 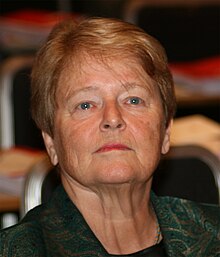 More people are suffering from this killing and debilitating disease now than ever before, and deforestation, climate change and breakdowns in health services have caused the disease to spread to new areas and areas that have been malaria-free for decades, like in Europe.

In the Philippines, I have watched how beggars sit exhausted on the pavements convulsed with coughing. Tuberculosis, which we long believed had been brought under control by effective treatment, is on the rise again. Increasingly, we see forms of tuberculosis which are resistant to all but a very expensive cocktail of drugs.

I think that HIV/AIDS may be the most serious threat to face sub-Saharan Africa and other developing regions. space. Already, the AIDS epidemic is the leading cause of death in several African countries. AIDS has reversed the increases in life expectancy we have seen over the past thirty years. The social and economic devastation in countries that could lose a fifth of their productive populations is heart-rending.

I believe we are facing this alarming situation largely because of an outdated approach to development. Our theories have to catch up with what our ears and eyes are telling us – and fast.

There was a period in development thinking – not so long ago – when spending on public services, such as health and education, would have to wait. Good health was a luxury, only to be achieved when countries had developed a particular level of physical infrastructure and established a certain economic strength. The implicit assumption was that health was to do with consumption. Experience and research over the past few years have shown that such thinking was at best simplistic, and at worst plainly wrong.

I maintain that if people’s health improves, they make a real contribution to their nation’s prosperity. In my judgement, good health is not only an important concern for individuals, it plays a central role in achieving sustainable economic growth and an effective use of resources.

As in Europe at the end of the 19th and beginning of the 20th century, we have seen that developing countries which invest relatively more, and well, on health are likely to achieve higher economic growth.

In other words, malaria prevention grows on trees, or malaria grows with the cutting of trees.