Julienne Sauer in front of her project, “What a book can do — Rachel Carson‘s Silent Spring Launches the Environmental Movement.” (© 2013 San Ramon Express)

Windemere Ranch Middle School student was one of 30 recognized by the National Endowment for the Humanities (NEH) for their impressive use of historic newspapers in projects presented at National History Day.

The annual event is the culmination of a year-long academic program in which students in middle and high school conduct original historical research for papers, exhibits, websites, documentaries and public performances. Each year more than 600,000 students compete in local, regional and state competitions for a chance to win a spot at the national finals.

This year was the first time NEH awarded prizes to students who incorporated into their projects research using Chronicling America, a free online database of 5 million pages of historic US newspapers dating from 1836 to 1922, digitized through a partnership between NEH and the Library of Congress.

Julienne won a national finalist award at the 2011 National History Day exhibit for her exhibit titled “The Cable Car Wars: A City Debates to Preserve its Character.”

Carson’s work was good enough that, even 49 years after her death, 51 years after the publication of Silent Spring, Carson and the book still inspire students to heights of excellence in study.

You didn’t believe in Ents, and then you met the redwoods 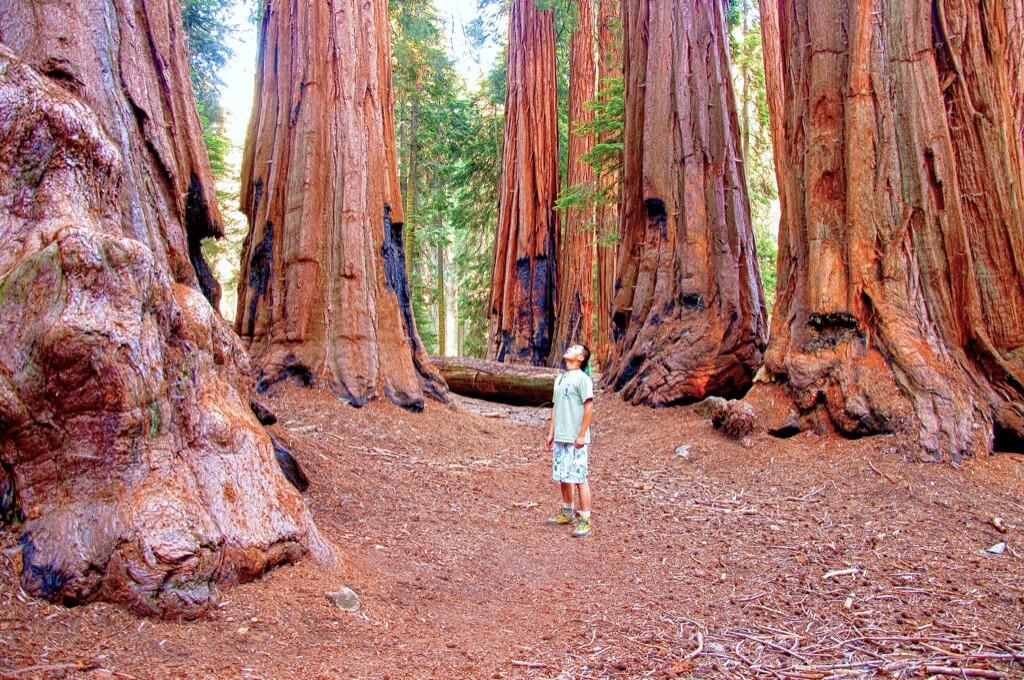 US Department of Interior, May 30, 2013 – Sometimes you have to look up to appreciate the beauty of America’s great outdoors. @SequoiaKingsNPS

How about another cup of coffee? (Global Warming Conspiracy and Starbucks Cup #289)

Encore post from September 17, 2007, and August 2009 — maybe more appropriate today than ever before.

Found this on my coffee cup today (links added here):

a secret ploy by wacko tree-

independent, clean our air and

of our vehicles, kick-start

our cities safer and more livable.

Don’t let them get away with it! Look! Someone found the same cup I found!

I miss those old Starbucks cups — but then, they killed the Starbucks in our town.  I don’t buy the 100 cups of Starbucks coffee I used to get in a year.

Querying the Rachel Carson Critics (who turned out the light?)

Another question of mine that will probably never see the light of day.  This group has no answer, so why would they allow the question?

I stumbled across a blog-looking page from the American Council on Science and Health, an industry apologist propaganda site, on World Malaria Day, which was April 25.  You may recognize the name of the group as one of the industry-funded sites that constantly attacks Rachel Carson, and often the World Health Organization, with the unscientific and false claims that environmentalists bannned DDT and thereby condemned millions of Africans to die from malaria — which, ASCH claims, could have easily been eradicated with more DDT poisoning of Africa.

On World Malaria Day, ASCH took note, flirted with the facts (that DDT doesn’t work as it once was thought to work), but then backed away from the facts — that the ban on DDT in the U.S. came years AFTER WHO suspended the malaria eradication campaign in Africa when it was discovered DDT couldn’t kill DDT-adapted mosquitoes, already subject to years of abuse of DDT by agriculture and other industries.  ASCH said:

DDT kills mosquitoes, although not as well as it did 60 years ago. But it also irritates them and repels them, so the small amount sprayed inside homes effectively reduces the transmission of the malarial microbe substantially. The banning of DDT, based upon political anti-chemical bureaucrats and “environmentalists” inspired by Carson’s “Silent Spring” who ran our EPA in 1972, helped to impede the malaria control program led by the UN’s WHO.

Impede?  Impossible for a 1972 ban to have been responsible for the earlier suspension of the WHO campaign, not to mention EPA’s ban ended at the U.S. borders.  So I asked:

I would be very interested in just how the 1972 ban on DDT in the U.S. “impeded” the UN’s antimalaria campaign, which stopped using DDT heavily seven years earlier, and was suspended in 1969.

After the ban on U.S. use of DDT, all of U.S. manufacture was dedicated to export to Africa and Asia, which greatly increased DDT supplies available there.

How did this impede?

Want to wager a guess as to whether they’ll ever allow the comment to see the light of day at their site, let alone answer it?

Wall of Shame – Sites that continue to spread the pro-DDT hoax as fact:

“DDT is good for me advertisement” from circa 1955.  Photo image from the Crossett Library Bennington College.  This ad today is thought to be emblematic of the propaganda overkill that led to environmental disasters in much of the U.S. and the world.  DDT cleanups through the Superfund continue to cost American taxpayers millions of dollars annually.