I wonder what a similar film of the U.S. would look like? Has anyone done it?

It would probably have to be 400 seconds, at least.

Description of the film from Friends of the Earth:

It’s difficult to get a picture of what the United Kingdom really looks like. Imaginations and assumptions can distort decisions that affect our lives. We often hear the idea that there is simply no more room in the country. In reality, just six per cent of the UK is built on.

‘The UK in 100 Seconds’ is a provocative and thought provoking film that rearranges the United Kingdom’s land into 32 categories and divides them over 100 seconds. Each second equates to 1% of what the country looks like from the air.

Made by guerrilla geographer Daniel Raven-Ellison and filmmaker Jack Smith, the film was made by travelling from Tongue in the north of Scotland to the New Forest in the south of England. Each second of the film covers roughly one metre of Raven-Ellison’s walk through moorland and peat bogs, down a runway and over a dump.

Made in collaboration with Friends of the Earth, the film gives an honest reflection of what land looks like and how it is used in the United Kingdom and raises some challenging questions. A major inspiration for Raven-Ellison making the film is the amount of space that is used for feeding livestock and the question – what if we made more space for nature? 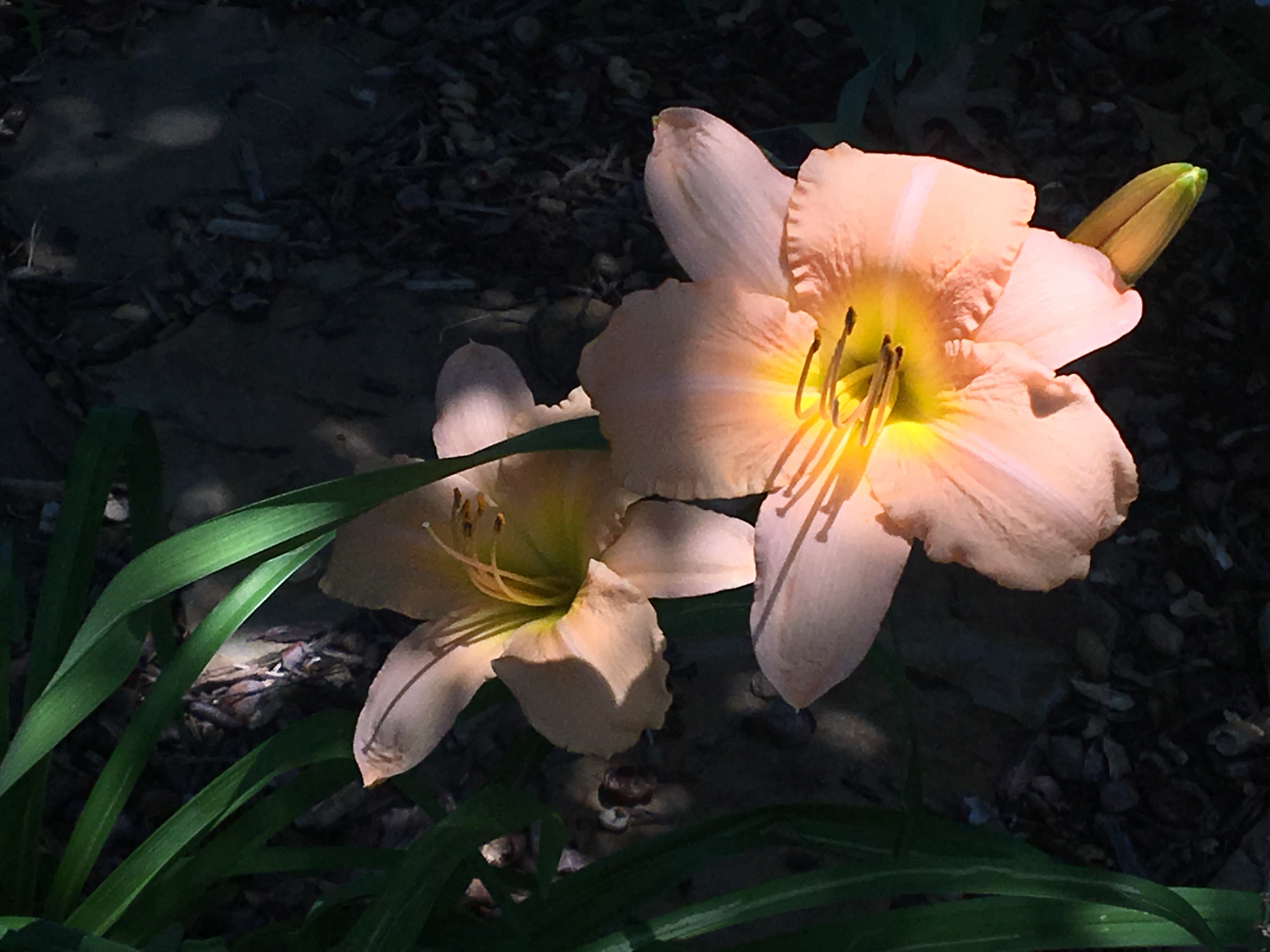 They come for but one day.

If one plants enough bulbs, the visits come every day, ephemeral as each visit is.


I love this ad from Allstate Insurance. “Still Standing.”

Allstate tells the story of the Angel Oak on Johns Island, South Carolina (known as “The Tree” by locals). It’s rumored that it is the oldest living thing east of the Mississippi River and remains standing despite all the harsh weather and natural disasters it has faced over the past 500 years. Allstate likens its strength to the resilience that resides in us all and says it’s humbled by the courage shown by Hurricane Florence victims, offering up helping hands in partnership with the American Red Cross.

Dennis Haysbert narrates the ad, but without appearing himself, as he does in several other Allstate ads.

It’s not the oldest tree east of the Mississippi; there are cypress trees much older even in South Carolina. The name “Angel Oak” comes from the surname of a man who owned the land once, not from any angelic action or legend.

Even through corrections of the legends, the tree stands, a beautiful monument to endurance of living things, and trees. Allstate’s ad is a feel-good moment, and the feelings are worthwhile. Endurance through adversity is a virtue. The Angel Oak itself suffered great damage in a 1942 hurricane, but recovered.

Here’s a tourist video showing off more the tree, and the supports used to keep branches alive, similar to the supports we saw in China supporting 2,000-year-old trees.

Honoring trees is a worldwide tradition, and a great one. We don’t honor trees nearly enough, in my opinion. 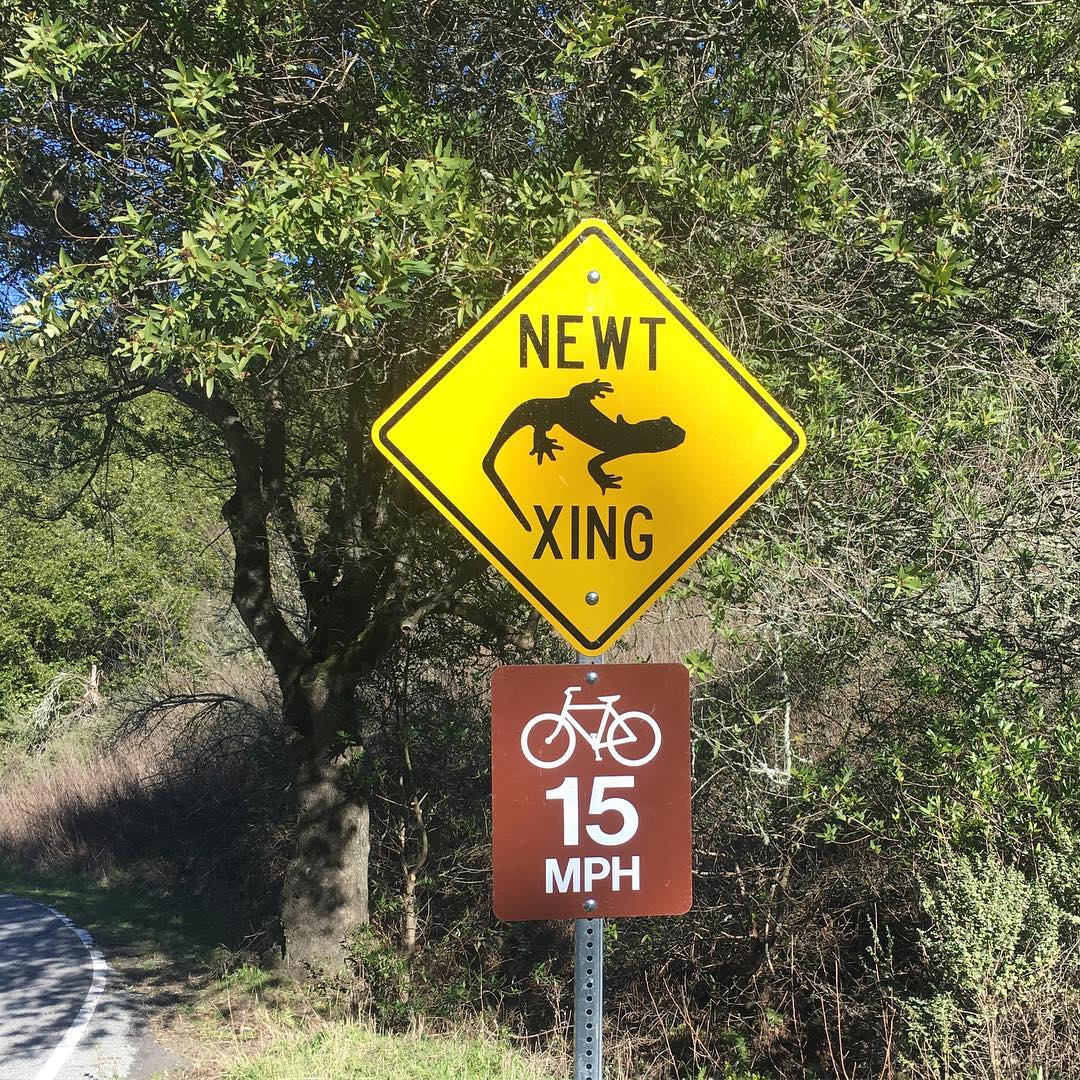 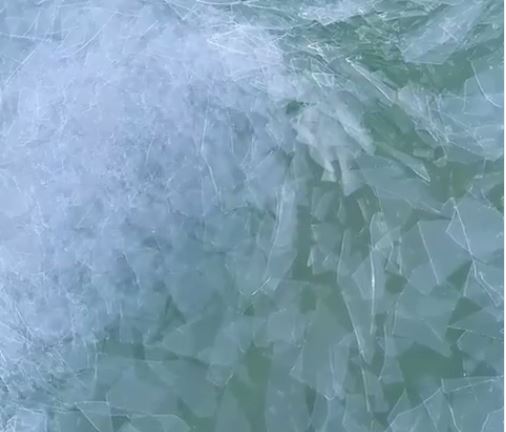 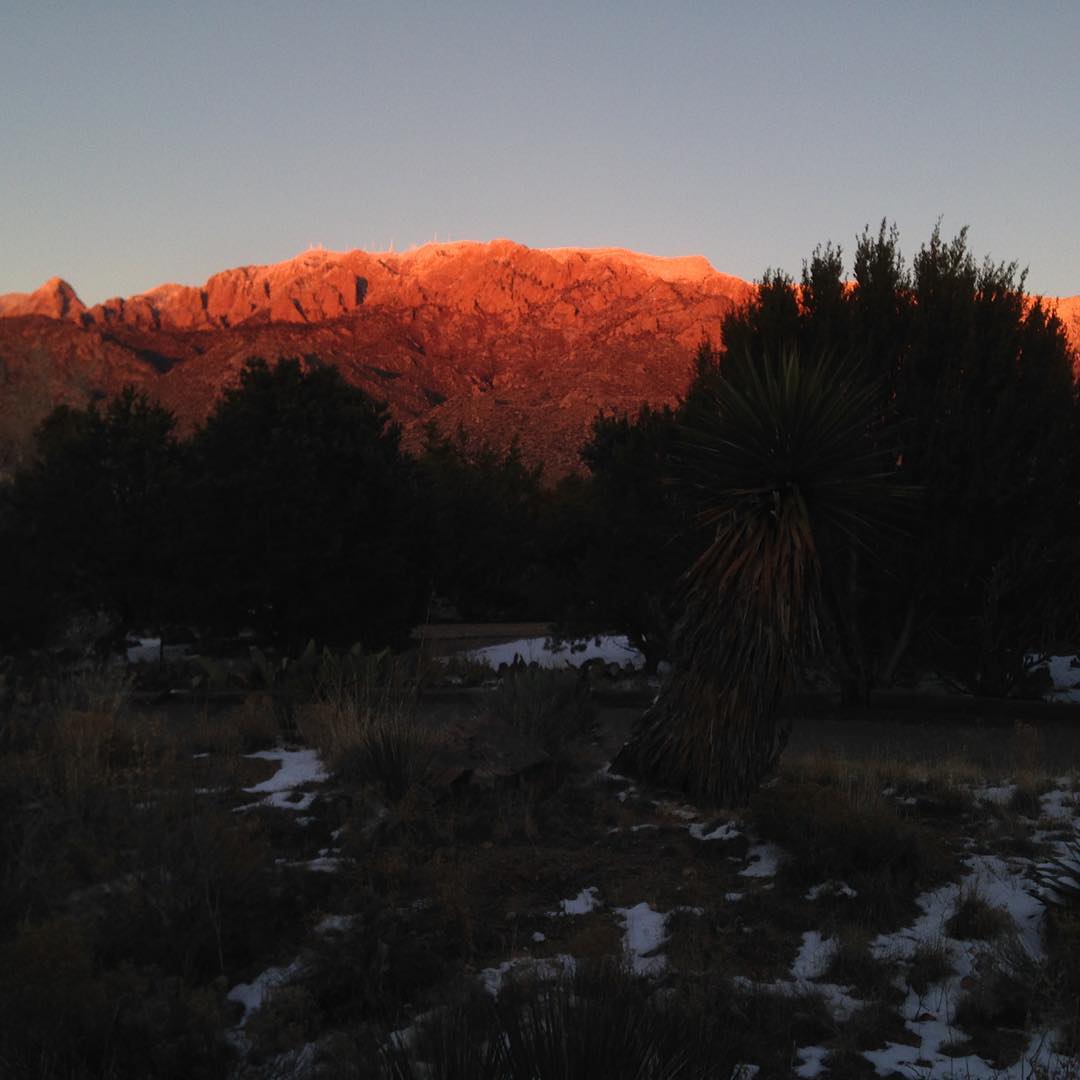 Sandia Peak on a frosty evening, from Mark Boslough

Living with a mountain provides myriad moments that cannot quite be captured on film, but must be filed away in memory to produce a smile at some future moment.

But, sometimes a camera can come close.

That last bit of sunlight at the top of the mountain, on a cold day, giving hope, or assurance, before it is snuffed out for a time by the rotation of the Earth.

The mountain will be there tomorrow. The Sun will return. The moment won’t be the same.

Help! Is this a pipevine swallowtail? 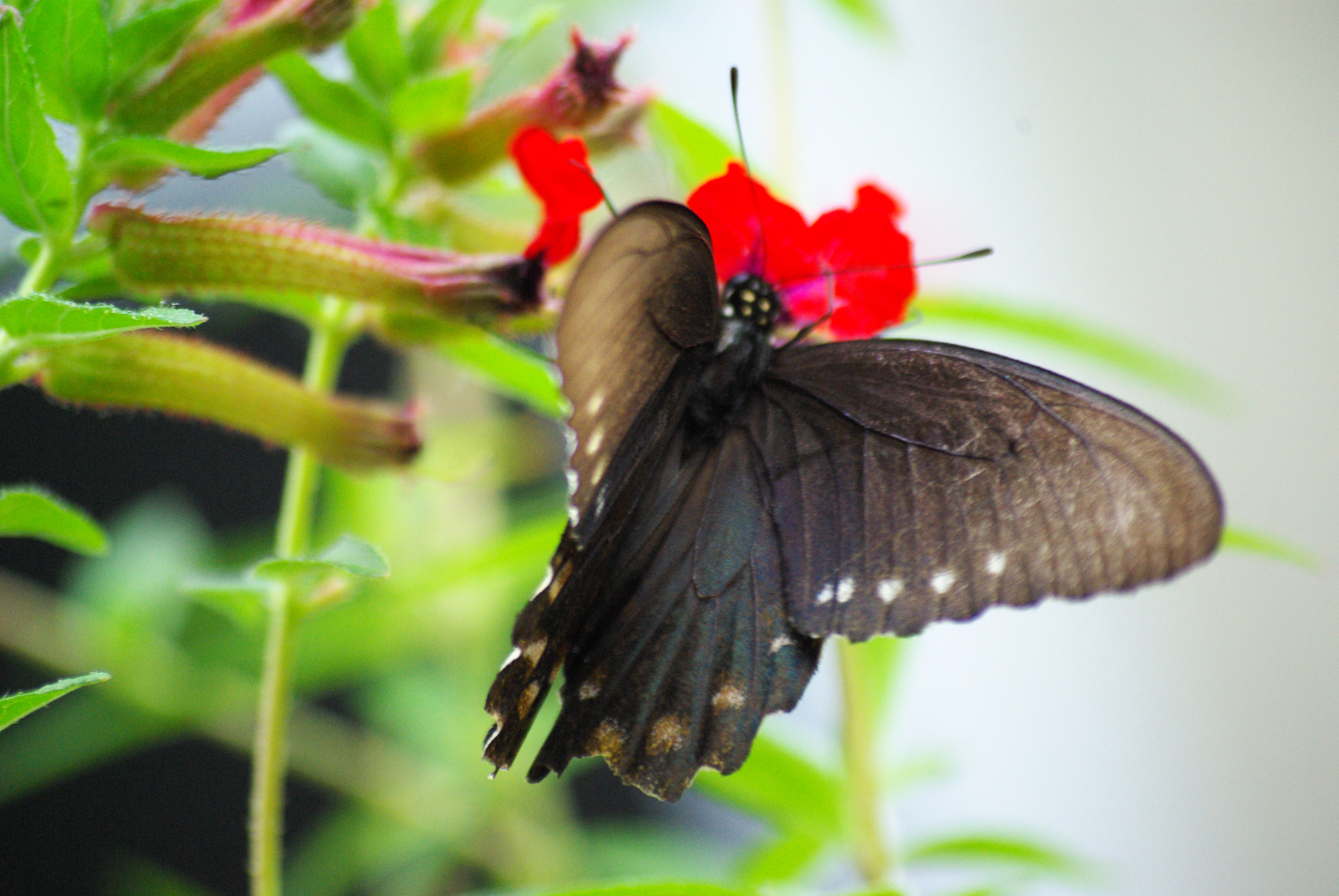 Is this a pipevine swallowtail? This one is tapping the bat-faced cuphea; the pipevine under the holly is undisturbed.

A parade of butterflies this year! A lot of monarchs, in contrast to the past three years; we’ve had some Gulf fritillaries, and various sulfurs. The penta seems to be a major stopping point for hairstreaks and other small butterflies.

We’ve had a few tiger swallowtails.

And this one pictured above. it seems to have the spots of a pipevine swallowtail, but there are no swallowtails!

Did they wear off in migrating?

Are we misidentifying it? 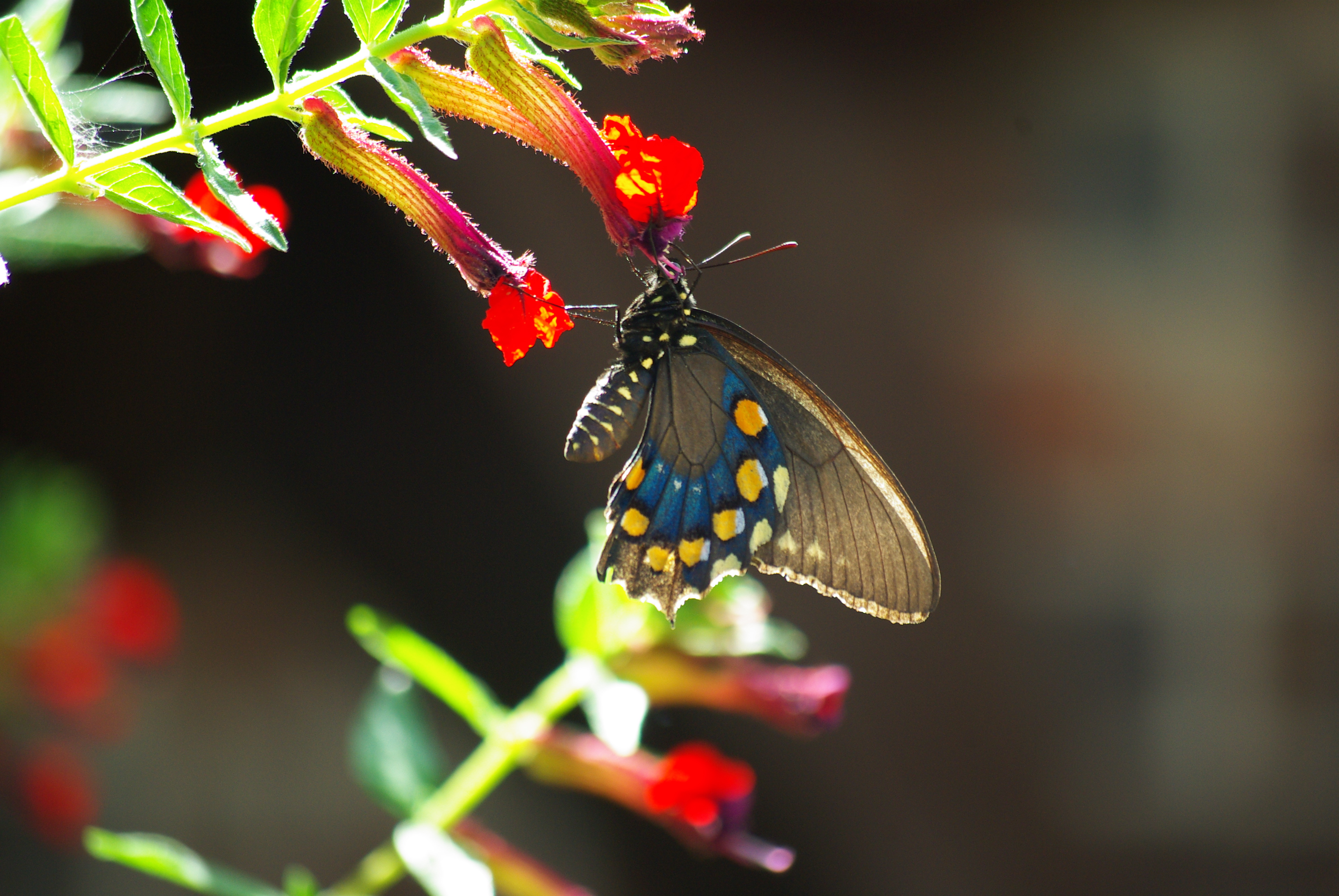 Pipevine swallowtail (?) from the underside, still on the cuphea. Can we erase the question mark? Sunlight emphasizes the blue on the underwing. Photos copyright by Ed Darrell, Creative Commons. Please use, with attribution.

You really should be following Maria Popova’s Tweets, and Brainpicker.

There you’ll learn of this marvelous book:

Brain Pickings: “French photographer Cedric Pollet travels the world to capture this beauty and has documented it in his gorgeous new book, Bark: An Intimate Look at the World’s Trees.”

Look at some of the photos. Wow.

Pollet’s view of the lowly ocotillo:

Does one need to have a background in botany to think tree bark is interesting, and even beautiful?

Ms. Popova said Cedric Pollet traveled the world to find these great subjects to photograph.  One could do well trying to duplicate his tour.

What trees in your yard have outstanding bark?  Where are your photographs?

“Mindanoan gum (or rainbow eucalyptus) found in the Philippines, where the bark is used as a traditional remedy against fatigue”

How often do we see the forest, but miss the details of the trees?

Milky Way at the Black Canyon of the Gunnison N.P.

Looking at that river, it’s difficult to understand that it’s just half the flow.  Ranchers and farmers bored a tunnel to channel half the water of the river to the Uncompahgre Valley through the 5 mile-long Gunnison Tunnel, completed in 1909.  Many of the overlooks into the incredibly steep canyon reveal only snippets of the ribbon of water that runs the whole length of the canyon.

I like how this photograph captures reflected light off the water, and makes the river appear easier to see than it usually is, especially at night.

Especially you should go if you think about the geology that contradicts creationism.  The canyon is loaded with volcanic inserts that deny flood geology and every other geological distortion offered by creationists, maybe better than the Grand Canyon in that regard.

Milky Way from a meadow in Rocky Mountain National Park

Ready to go camping this summer? 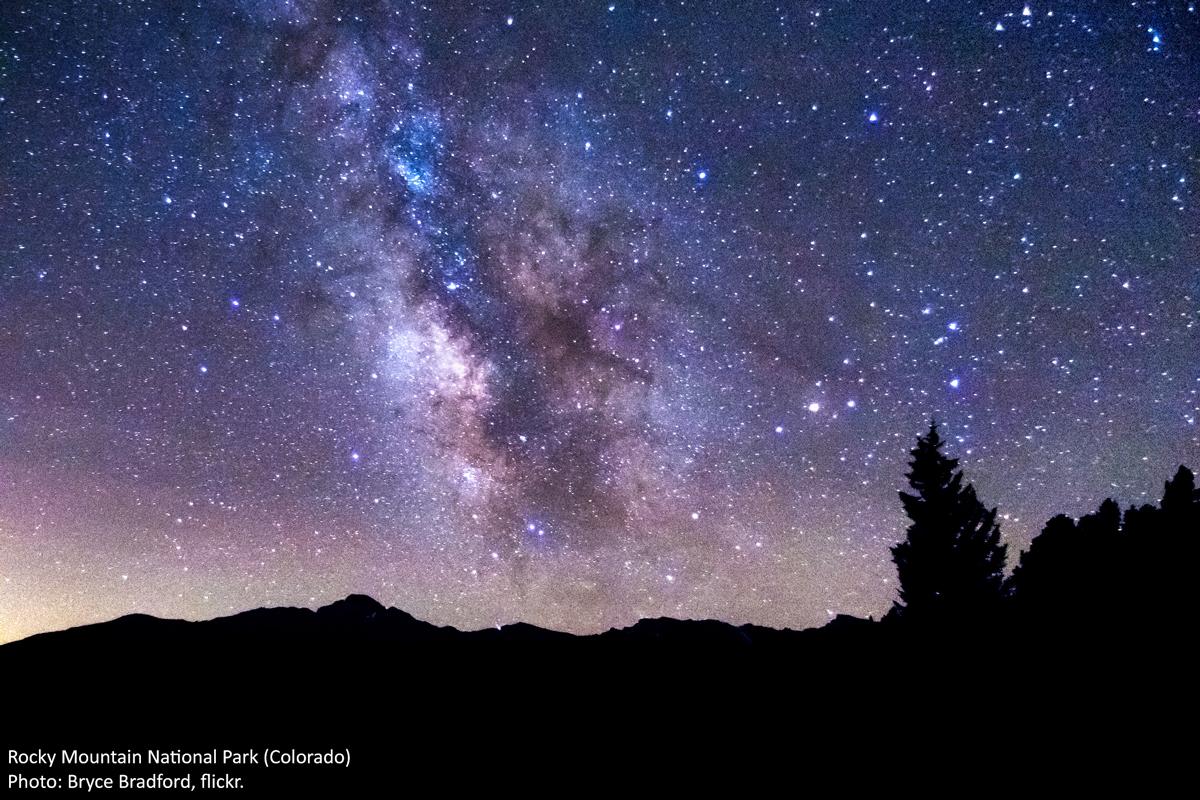 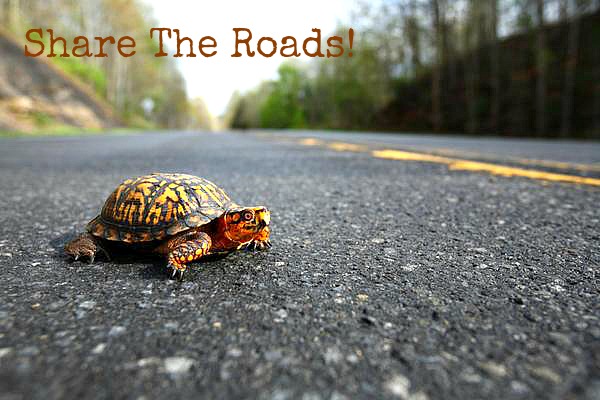 We’re off in the rain to look for turtles and tortoises and other adventures. Saw a lot of turtles last week at the flooded White Rock Lake. This week?

Have a great World Turtle Day!  Go do something nice for your neighborhood turtles and tortoises.

Today is World Turtle Day! Follow us on @WeChatApp to get a special Turtle Day experience http://t.co/F3z66Btn6i pic.twitter.com/uBjQ7SY8WZ

From there, it’s turtles all the way down!

Moose in the sun 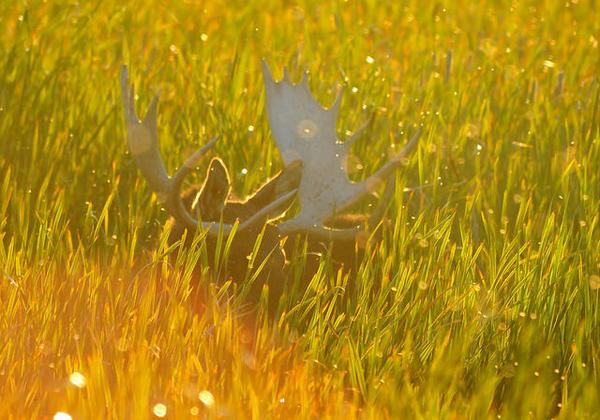 How could you miss a moose in broad daylight? Easy to miss, if you’re not looking with thought.

Do moose think about coming at you from out of the sun?

If you’re looking for that particular moose, the Seedskadee National Wildlife Refuge is near Green River, Wyoming.

No grand pronouncements from Congress, probably — American Tortoise Rescue picked a day, and that was that.  Their press release for 2014:

Malibu, CA – May 14, 2014 –  American Tortoise Rescue (ATR) (www.tortoise.com), a nonprofit organization established in 1990 for the protection of all species of tortoise and turtle, is sponsoring its 14th annual World Turtle Day™ on May 23rd.  The day was created as an observance to help people celebrate and protect turtles and tortoises and their disappearing habitats around the world.  Susan Tellem and Marshall Thompson, founders of ATR, advocate humane treatment of all animals, including reptiles.  Since 1990, ATR has placed about 3,000 tortoises and turtles in caring homes.  ATR assists law enforcement when undersized or endangered turtles are confiscated and provides helpful information and referrals to persons with sick, neglected or abandoned turtles.

“We launched World Turtle Day to increase respect and knowledge for the world’s oldest creatures,” said Tellem. “These gentle animals have been around for 200 million years, yet they are rapidly disappearing as a result of smuggling, the exotic food industry, habitat destruction, global warming and the cruel pet trade,” says Tellem. “We are seeing smaller turtles coming into the rescue meaning that older adults are disappearing from the wild thanks to the pet trade, and the breeding stock is drastically reduced.  It is a very sad time for turtles and tortoises of the world.”  (See slide show here.)

Tellem added, “We are thrilled to learn that organizations and individuals throughout the world now are observing World Turtle Day, including those in Pakistan, Borneo, India, Australia, the UK and many other countries.” She recommends that adults and children do a few small things that can help to save turtles and tortoises for future generations:

“Our ultimate goal is to stop the illegal trade in turtles and tortoises around the world.  Our first priority here in the U.S. is to ask pet stores and reptile shows to stop the sale of hatchling tortoises and turtles without proper information for the buyer,” says Thompson.  “For example, many people buy sulcata tortoises as an impulse buy because they are so adorable when they are tiny.  The breeders and pet stores frequently do not tell the buyers that this tortoise can grow to 100 pounds or more and needs constant heat throughout the year since they do not hibernate.”

He added, “We also need to educate people and schools about the real risk of contracting salmonella from water turtles.  Wash your hands thoroughly every time you touch a turtle or its water, and do not bring turtles into homes where children are under the age of 12.”

Here’s to you Freddie, the Western Box Tortoise from Idaho, and Truck, the desert tortoise from Southern Utah, the friends of my youth.  And all you others. 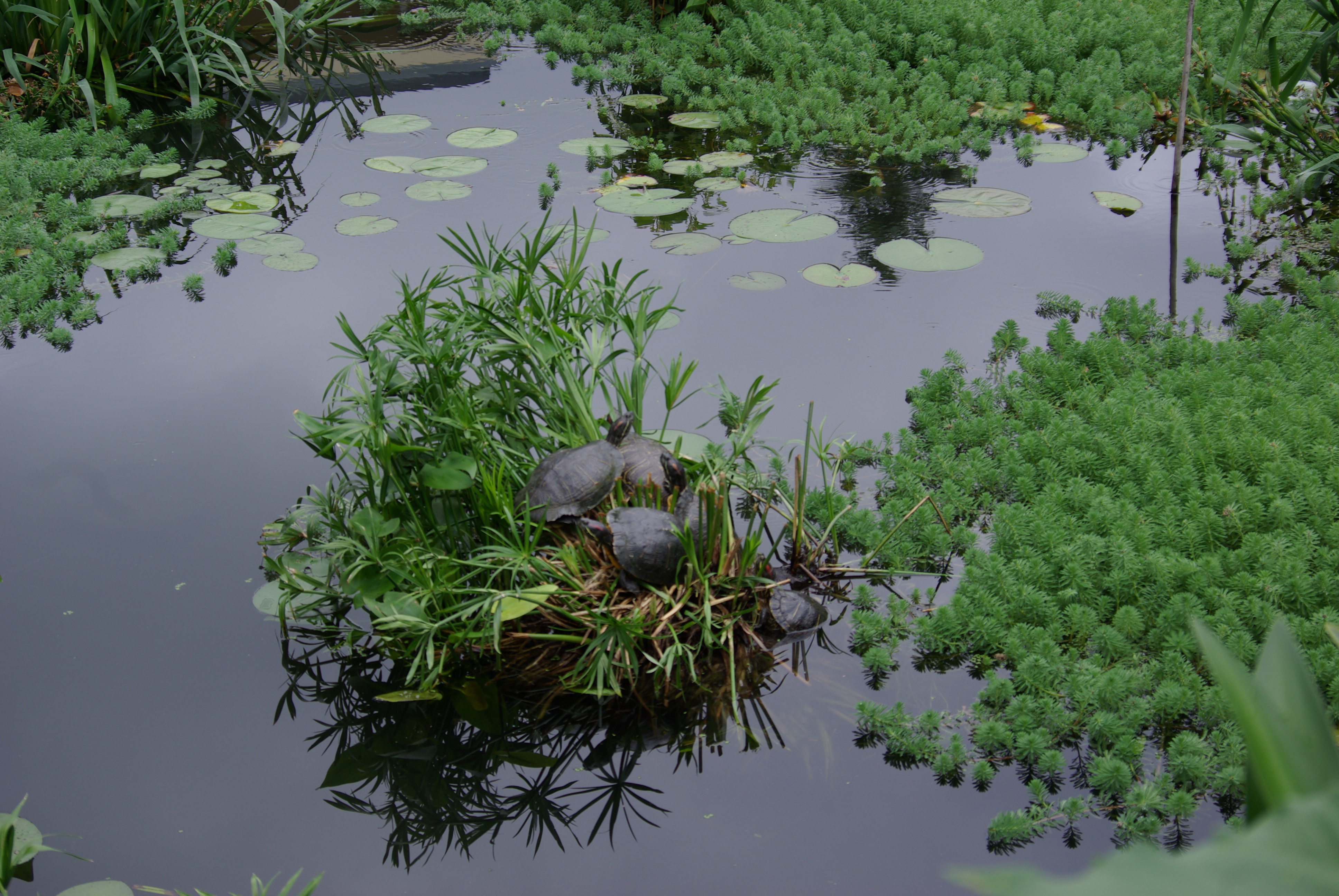 Red-eared sliders cluster together to catch the sun on a spring day at Texas Discovery Gardens at Fair Park in Dallas. Photo by Ed Darrell, 2010

Have a great World Turtle Day!  Go do something nice for your neighborhood turtles and tortoises.

Today is World Turtle Day! Follow us on @WeChatApp to get a special Turtle Day experience http://t.co/F3z66Btn6i pic.twitter.com/uBjQ7SY8WZ

From there, it’s turtles all the way down!