In U.S. history, the prize went to The Race Beat:The Press, the Civil Rights Struggle, and the Awakening of a Nation, by Gene Roberts and Hank Klibanoff (Alfred A. Knopf). 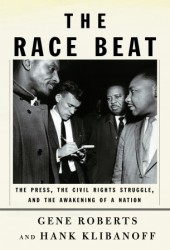 Other finalists for U.S. History were: Middle Passages: African American Journeys to Africa, 1787-2005 by James T. Campbell (The Penguin Press), and Mayflower: A Story of Courage, Community, and War by Nathaniel Philbrick (Viking).

In Biography, the $10,000 first prize was awarded to The Most Famous Man in America: The Biography of Henry Ward Beecher, by Debby Applegate (Doubleday).

In the category of general non-fiction, where evolution has triumphed over anti-science bigotry in recent years, history is rampant in 2007, also. The prize for general non-fiction was snagged by The Looming Tower: Al-Qaeda and the Road to 9/11″ by Lawrence Wright (Alfred A. Knopf). Other finalists for the general non-fiction prize were Crazy: A Father’s Search Through America’s Mental Health Madness by Pete Earley (G.P. Putnam’s Sons), and Fiasco: The American Military Adventure in Iraq by Thomas E. Ricks (The Penguin Press).

High school history and other social studies teachers would do well to read each of these winners and the finalists.  They will be significant additions to any serious history curriculum, or government, and perhaps economics.

This entry was posted on Tuesday, April 17th, 2007 at 9:52 am and is filed under Bill of Rights, Books, Civil Rights, Heroes, History, Iraq, Journalism, Justice, Leadership, School desegregation, War. You can follow any responses to this entry through the RSS 2.0 feed. You can leave a response, or trackback from your own site.