“A Swift Kick in the Butt $1.00,” A daily strip of the cartoon series “Calvin and Hobbes,” by Bill Watterson. Watterson appears to have an instinctual understanding of what motivation is not. It’s a topic he returned to with some frequency.

This view of motivation is all wrong, the industrial psychologists and experience say. A student must motivate herself.

A teacher can remove barriers to motivation, or help a student find motivation. But motivation cannot be external to the person acting.

Frederick Herzberg wrote a classic article for The Harvard Business Review several years back: “One More Time: How Do You Motivate Employees?” Herzberg would get a group of managers together and ask them, “If I have six week-old puppy, and I want it to move, how do I get it to move?” Inevitably, one of the wizened managers of people would say, “Kick him in the ass!” Is that motivation? Herzberg would ask? Managers would nod “yes.”

Then, Herzberg would ask what about dealing with the pup six months later. To get the older pup to move, he’d offer a doggie yum, and the dog would come. “Is that motivation?” Herzberg would ask. Again, the managers would agree that it was motivation. (At AMR’s Committing to Leadership sessions, we tried this exercise several hundred times, with roughly the same results. PETA has changed sensitivities a bit, and managers are fearful of saying they want to kick puppies, but they’ll say it in different words.)

Herzberg called this “Kick In The Ass” theory, or KITA, to avoid profanity and shorten the phrase.

Motivating employees is getting them to share the urgency a manager feels to do a task, to go out and do it on their own without being told how to do each and every step along the way.

Motivation is not simply coercing someone else to do what you want, on threat of pain, virtual or real.

Herzberg verified his theories with research involving several thousands of employees over a couple of decades. His pamphlet for HBR sold over a million copies.

Education is wholly ignorant of Herzberg’s work, so far as I can tell. How do I know?

See this, at TexasEd Spectator:

Death threat as a motivation technique

The sad part about this is that I bet if a mere, ordinary teacher were to have made some similar statement, he or she would be treated more like the student rather than the principle.

Now imagine if some student at the school had said something along the same lines in a writing assignment. We would be hearing about zero tolerance all over the place. The student would be out of the regular classroom so fast it would make your head spin.

No charges will be brought against New Braunfels Middle School Principal John Burks for allegedly threatening to kill a group of science teachers if their students’ standardized test scores failed to improve, although all four teachers at the meeting told police investigators Burks made the statement.

As God is my witness, you can’t make this stuff up.

I’m not sure who deserves more disgust, the principal who made the threat and probably didn’t know anything else to do, or the teachers who didn’t see it as a joke, or treat it that way to save the principal’s dignity — or a system where such things are regarded as normal.

Bill Watterson returned to the “Swift Kick in the Butt, $1.00” strip, but this time with the more lively Hobbes Calvin interacted with most often. What would motivate a cartoonist to do that? Watterson is said to have observed, “People will pay for what they want, but not what they need.” Can school administrators even figure out what teachers and students need?  Which version do you prefer? Which one motivates you?

How can you tell the disturbed staff from the Members of Congress?

Logo for Charles P. Pierce’s coverage of the shutdown, at Esquire’s site.

In fact, he makes a great case that some of the stuff Members of Congress say is crazier than what appears to be rantings of a disturbed staff person.

At his blog at Esquire.

You see, my dear young people, impromptu outbursts of the crazy cannot be allowed. If you insist on loudly making the crazy talk, you have to be elected by the citizens of Texas, and you have to be invited to speak at events like the Values Voters Summit, where well-dressed and well-organized insanity is encouraged. For example:

“The media wants America to give up and allow this country to keep sliding off the edge of the cliff.”    “This is an administration that seems bound and determine to violate every single one of our bill of rights. I don’t know that they have yet violated the Third Amendment, but I expect them to start quartering soldiers in peoples’ homes soon.”

Read more: House Stenographer Snapped – Reign Of The Morons: The Elements Of Crazy – Esquire
Follow us: @Esquiremag on Twitter | Esquire on Facebook
Visit us at Esquire.com

Go visit.  The rest of it is well worth the minute it will take you to read it.

No, it’s not really required that you be insane to be a Congressman from Texas — Texas sent Barbara Jordan and Jim Wright and THE Charlie Wilson there, after all.

But these days, who can tell?

Looks like snow to me.  From the Department of Interior: 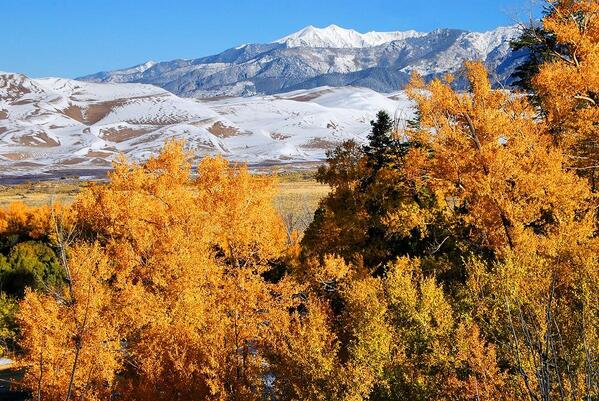