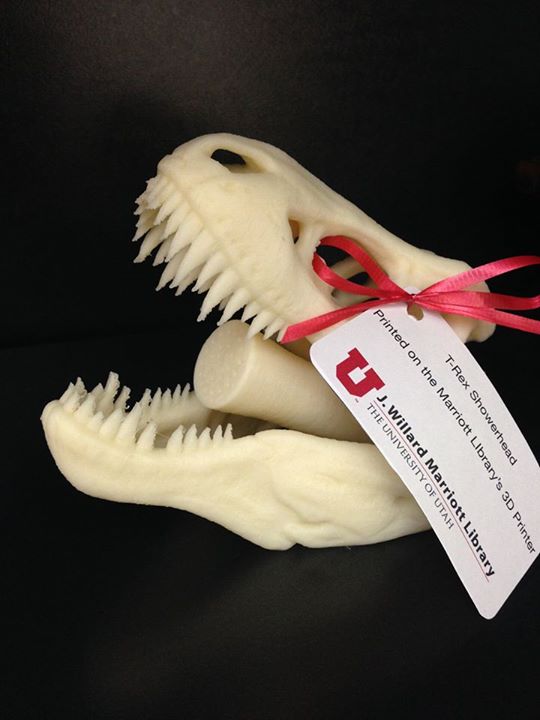 Is it for sale?  To alumni, maybe?

Curiosity is on the ground.

What were the odds?  What did NASA and Jet Propulsion Laboratories (JPL) need to overcome?   Watch this:

PASADENA, Calif. — After eight years of planning and eight months of interplanetary travel, NASA’s Mars Science Laboratory pulled off a touchdown of Super Bowl proportions, all by itself. It even sent pictures from the goal line.

The spacecraft plunged through Mars’ atmosphere, fired up a rocket-powered platform and lowered the car-sized, 1-ton Curiosity rover to its landing spot in 96-mile-wide (154-kilometer-wide) Gale Crater. Then the platform flew off to its own crash landing, while Curiosity sent out a text message basically saying, “I made it!”

That message was relayed by the orbiting Mars Odyssey satellite back to Earth. A radio telescope in Australia picked up the message and sent it here to NASA’s Jet Propulsion Laboratory. When the blips of data appeared on the screens at JPL’s mission control, the room erupted in cheers and hugs.

Congratulations!  We need good news, and this is great news.

So far as I can tell, no U.S. television network covered the event live in Pasadena.  What a shame.

Imagine for a moment that you are a wee little mousie, sitting on a tuft of grass nibbling on a seed. You think you feel a breath of a breeze from in back of you and you turn around to see this beautiful thing

Beautiful, but terrible, too.

Owls fly silently. Their feathers have evolved to move without rustles, to let the wind slip through them without making a whish. Owls demonstrate evolution at its mightiest, and nature, as the poets note, “red in tooth and claw.”

Filmed at 1000 frames per second, according to Dogworks.com.  According to Vurtrunner at YouTube, filmed with a
Photron Full HD High Speed Camera SA2.

I’d like to know more about this film.  Trained owl?  Wild owl enticed by what kind of bait?  Longer movie about eagle owls?  I’m not familiar with them.  So many little mysteries on the internet.

The Eurasian Eagle-owl (Bubo bubo) is a species of eagle owl resident in much of Europe and Asia. It is also one of the largest types of owls.

Tip of the old scrub brush to Kathryn.

Carnival of Evolution #38 — take THAT, creationism!

Larry Moran is much the overachiever, sort of the Hermoine Granger of evolution scientists.

So, we shouldn’t be surprised that his hosting of the Carnival of Evolution #38 at his rollicking blog Sandwalk resulted in one of the longest, largest, most jam-packed blog carnivals ever.

Yeah, you, Don McLeroy.  And you, Granville Sewell.  More knowledge than you can hold in your head.

Which article in the Carnival of Evolution is your favorite, Dear Reader?

END_OF_DOCUMENT_TOKEN_TO_BE_REPLACED

This one has something to appeal to the heart of almost everybody:  Photos from Ansel Adams, photos from Galen Rowell, interviews with sons of each, discussion of the (properly) much-maligned old “firefall” of hot fire coals for tourists — and the story of the natural firefall one might see, if the conditions are right, and if one is in Yosemite in the right place, on the right days of February.

This colorful creation was made by combining data from two of NASA’s Great Observatories. Optical data of SNR 0509-67.5 and its accompanying star field, taken with the Hubble Space Telescope, are composited with X-ray energies from the Chandra X-ray Observatory. The result shows soft green and blue hues of heated material from the X-ray data surrounded by the glowing pink optical shell which shows the ambient gas being shocked by the expanding blast wave from the supernova. Ripples in the shell’s appearance coincide with brighter areas of the X-ray data.

The Type 1a supernova that resulted in the creation of SNR 0509-67.5 occurred nearly 400 years ago for Earth viewers. The supernova remnant, and its progenitor star reside in the Large Magellanic Cloud (LMC), a small galaxy about 160,000 light-years from Earth. The bubble-shaped shroud of gas is 23 light-years across and is expanding at more than 11 million miles per hour (5,000 kilometers per second).

Data from Hubble’s Advanced Camera for Surveys, taken in 2006 with a filter that isolates light from glowing hydrogen were combined with visible-light images of the surrounding star field that were imaged with Hubble’s Wide Field Camera 3 in 2010. These data were then merged with X-ray data from the Chandra X-ray Observatory taken with the Advanced CCD Imaging Spectrometer (ACIS) in 2000 and 2007.

You can learn a lot just by observing.

Sam O’Hare’s observations, captured with his Nikon D-300, can teach you a lot.

Or, you can sit back an enjoy the images.  Spectacular stuff.

A day in the life of New York City, in miniature.

Tip of the old scrub brush to Kenny in Beijing.

Return of the Aurora Borealis

A storm on the Sun last Sunday launched a wave of cosmic particles toward the Earth — the particles whose striking of the upper atmosphere causes ions to glow, creating the Northern Lights.

And so the Northern Lights, the Aurora Borealis, returned to the planet in spectacular fashion this week, after more than a year of relative solar dormancy.  According to the Christian Science Monitor, outstanding displays of the lights may continue through this week.

Yahoo’s Flicker editors put together a collection of photos from Flickr, from which the photo above is taken — there are a lot more spectacular shots there.

Pictures of the coronal mass ejection from the Sun dazzle, too:

Caption from NASA: On August 1st, almost the entire Earth-facing side of the sun erupted in a tumult of activity. There was a C3-class solar flare, a solar tsunami, multiple filaments of magnetism lifting off the stellar surface, large-scale shaking of the solar corona, radio bursts, a coronal mass ejection and more. This extreme ultraviolet snapshot from the Solar Dynamics Observatory (SDO) shows the sun's northern hemisphere in mid-eruption. Different colors in the image represent different gas temperatures ranging from ~1 to 2 million degrees K. Credit: NASA/SDO

Help someone else find the sky:

News from NASA about a cool picture and feature on Mercury:

The International Astronomical Union (IAU) recently approved the name Rachmaninoff for an intriguing double-ring basin on Mercury. This basin, first imaged in its entirety during MESSENGER’s third Mercury flyby, was quickly identified as a feature of high scientific interest, because of its fresh appearance, its distinctively colored interior plains, and the extensional troughs on its floor. The basin’s name honors the Russian composer, pianist and conductor, Sergei Rachmaninoff (1873-1943).

IAU names craters on Mercury after “deceased artists, musicians, painters and authors who have made outstanding or fundamental contributions to their field and have been recognized as art historically significant figures for more than 50 years.” The process of proposing a new crater name includes gathering fundamental information about the crater, such as the crater’s central latitude, central longitude, and diameter. Justification is provided as to why the crater is of sufficient scientific importance to be named, and details are provided about the name choice, including sources that support the worthy contributions made by that individual. Ten newly named craters join 42 others named since MESSENGER’s first Mercury flybyin January 2008.

Tip of the old scrub brush to Eric Koenig.

Earth and Sky reminds us that tonight is a good chance to see Comet Lulin, if you can see it at all from where you are.

Earth and Sky shows where to see Comet Lulin on February 23, 2009

Comet Lulin probably won’t be high enough in the east for decent viewing until 8:30 or 9:00 p.m. Later at night is even better. At mid-evening, two respectively bright starlike points of light bedeck the eastern sky. The higher of these two lights is the star Regulus, the brightest star in the constellation Leo the Lion. Saturn is to the lower left of Regulus, its golden color contrasting to that of sparkling blue-white Regulus. If you can’t distinguish their colors with the unaided eye, try looking at Saturn and Regulus with binoculars.

Astronomers believe this is Comet Lulin’s first trip into the inner solar system. There’s always an element of unpredictability associated with comets, especially a pristine comet like Comet Lulin. Comet Lulin may match, exceed or fall short of expectations, but there is no way to know for sure unless you look!

If you miss Comet Lulin by Saturn on February 23-24, try again on the night of February 27-28, when Comet Lulin will cozy up with Regulus!

I understand t The comet’s discoverer is a school boy 19-year-old university student in China, who found the comet in photos taken at Taiwan’s Lulin Observatory (usually comets are named after their discoverer, but not this time).  Way to go, amateur astronomers!  Way to go, cooperation between Taiwan and the People’s Republic of China.

And, if you have really great telescope, here’s what you can see:

NASA's APOD caption: "Explanation: Sweeping through the inner solar system, Comet Lulin is easily visible in both northern and southern hemispheres with binoculars or a small telescope. Recent changes in Lulin's lovely greenish coma and tails are featured in this two panel comparison of images taken on January 31st (top) and February 4th. Taken from dark New Mexico Skies, the images span over 2 degrees. In both views the comet sports an apparent antitail at the left -- the comet's dust tail appearing almost edge on from an earth-based perspective as it trails behind in Lulin's orbit. Extending to the right of the coma, away from the Sun, is the beautiful ion tail. Remarkably, as captured in the bottom panel, Comet Lulin's ion tail became disconnected on February 4, likely buffeted and torn away by magnetic fields in the solar wind. In 2007 NASA satellites recorded a similar disconnection event for Comet Encke. Don't worry, though. Comet tails can grow back." Photos copyright by Joseph Brimacombe

New candidate for “oldest rocks on Earth,” from Canada.  They come in perhaps as old as 4.28 billion years.